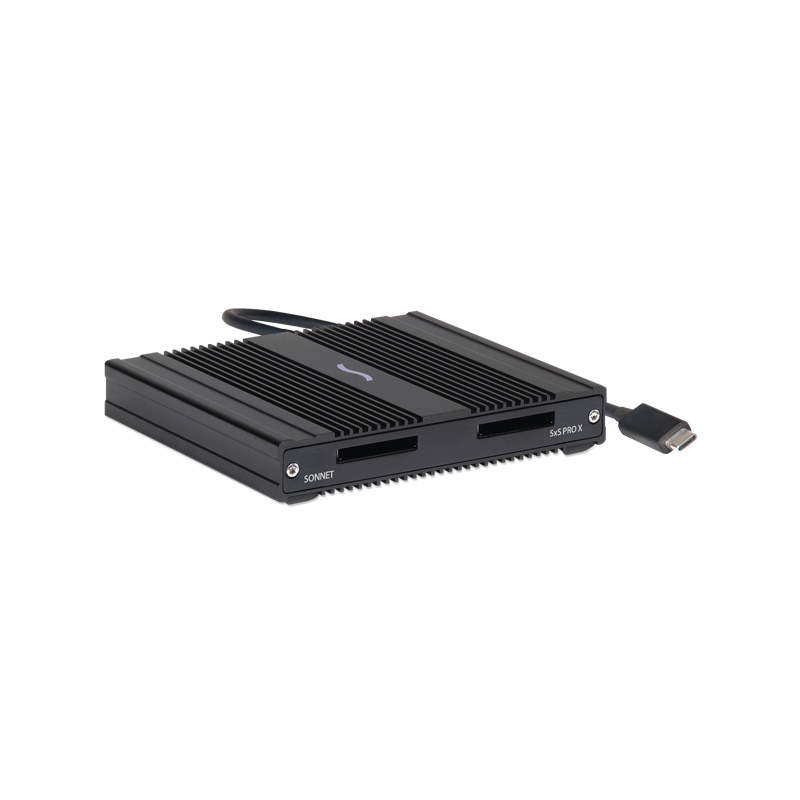 When it’s time to ingest footage to your computer, don’t settle on any old card reader—for the shortest ingest times, SxS PRO X cards require a card reader designed to support their maximum ingest speeds (and, for even greater efficiency, a dual-slot card reader that can ingest two cards simultaneously). Get a Sonnet SF3™ Series – SxS PRO X Card Reader; it’s the fastest tool for the job. For DITs working multi-camera shoots or in a small space, equipment size and design features matter. The SF3 Series – SxS PRO X Card Reader measures just 5.8 inches wide by 5.1 inches deep by 1 inch tall, making it suitable for use in any workspace and workflow. Designed to be Stacked and Daisy Chained

SF3 Series card readers feature rugged aluminum enclosures that are designed to be stacked and daisy chained, enabling multiple SxS PRO X, CFast™ 2.0, CFexpress™/XQD™, and RED MINI-MAG® readers to occupy the same footprint, while connecting to your computer through a single cable. You can take advantage of Thunderbolt’s up to 3000 MB/s of PCIe® 3.0 x4 bandwidth to ingest four, six or more cards simultaneously! Sonnet includes a 0.5-meter Thunderbolt 3 cable that supports Thunderbolt's full 40Gbps bandwidth, and is fully compatible with Thunderbolt 4 computers. Sonnet also provides a ThunderLok 3 Thunderbolt connector retainer clip that prevents accidental cable disconnections—just slide it over one end of the cable, and then plug in the connector and secure it to the reader by turning a thumbscrew. Because of its unique design, ThunderLok remains on the cable so it won’t get lost when not in use. 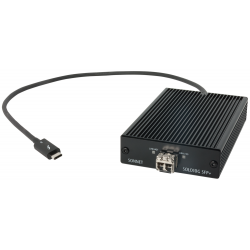 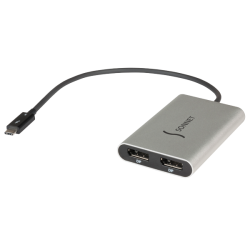 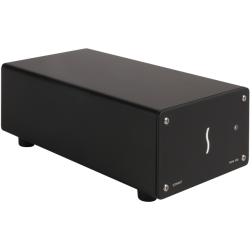 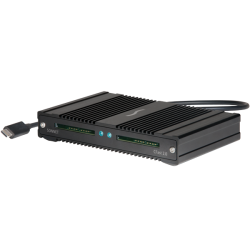