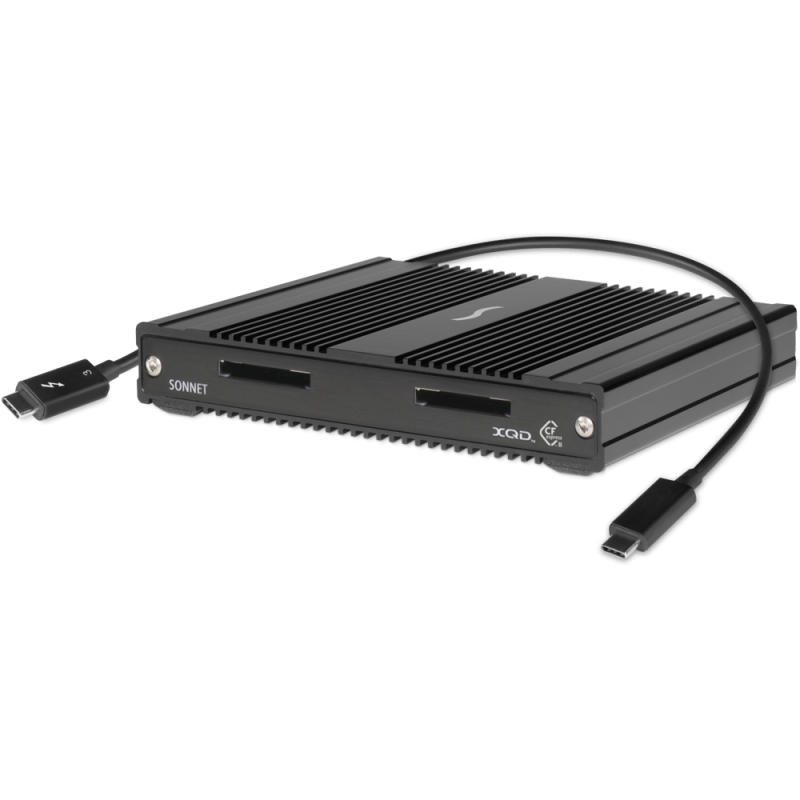 Whether you’re capturing 4K at 60P RAW video footage to CFexpress™ memory cards, or shooting hundreds of photos in a session and saving them to XQD™ memory cards, the generated files are huge, and the cards fill up fast. Moving those files to your computer for editing is a must, but if you use the wrong tool, you’ll spend a lot of time waiting around. Get a Sonnet SF3™ Series - CFexpress/XQD Pro Card Reader; it’s the ultimate tool for finishing the job fast.

The SF3 Series - CFexpress/XQD Pro Card Reader is ultra-fast, able to ingest files from CFexpress and XQD cards at their maximum speeds. Better still, it can ingest files simultaneously from two CFexpress cards—at more than double the average ingest speed of other CFexpress or XQD card readers—to cut your ingest times in half.